Here is my first Sims 3 makeup set. I spent quite a lot of time making these. Although they are not perfect, still i hope you'll like them. 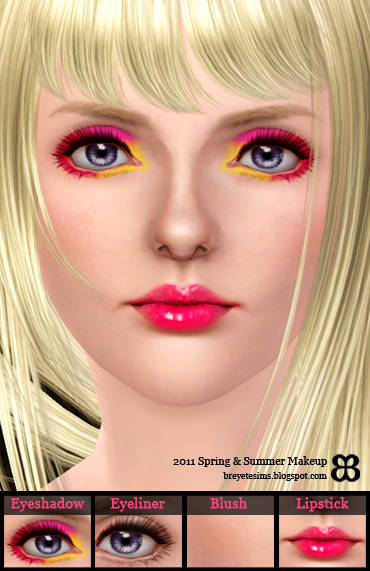 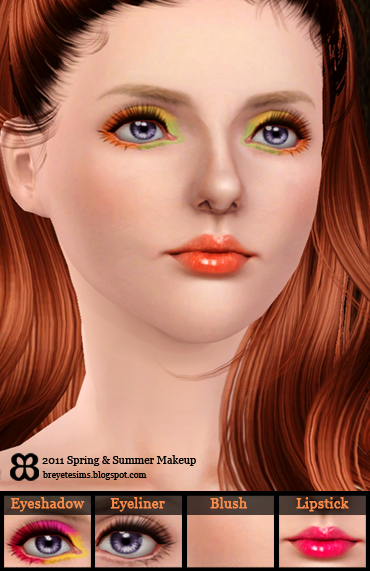 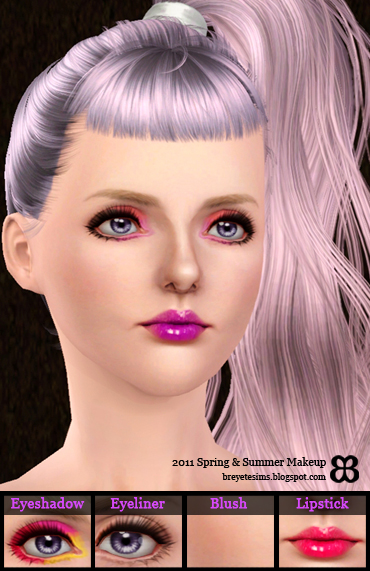 First i would like to show the lipsticks i made for this set.
Here is the basic version of the 2011 SS lipstick (the pictures below are editing-free, except some cutting and pasting): 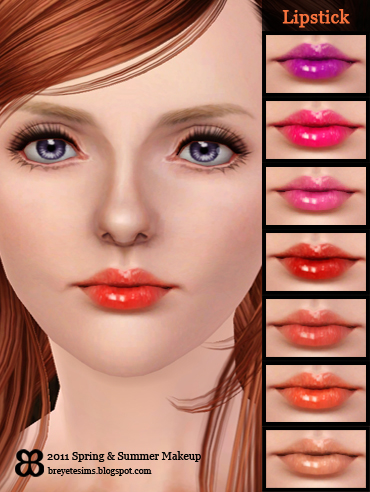 and here is the Early Spring Version. this version is not as bright and shiny as the basic version; instead, it is a little bit misty, just like the mist in the dawn, which gives me a feeling of early spring when nature has just woken up after the long hibernation in winter, so i call it Early Spring Version. 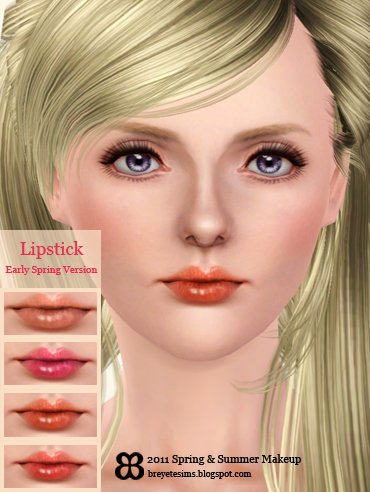 And here is the eyeliner. i refered to Lemonleaf's works when i made this to find out the right position of this eyeliner on the face of the sims. however, it still took a lot of modifications and tests to make it satisfactory. this eyeliner is the one that took longest time in this makeup set. I want to make something that looks natural, and natural lashes tips usually converge. at first i drew a lot of thin lines, but in the game, they just stuck to each other and became several thick lines, what a shame... 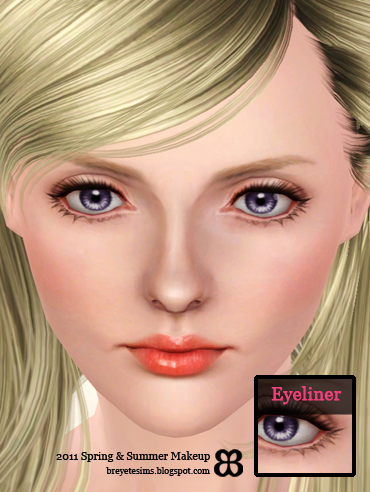 and here is the eyeshadows. there are three versions.
first i'll show you the basic version as shown in the print ads. I left some space for the eye socket, so it will look more natural. three channels are available for recolor, and if you choose the same color for all channels, you will get simple smoky eyes. 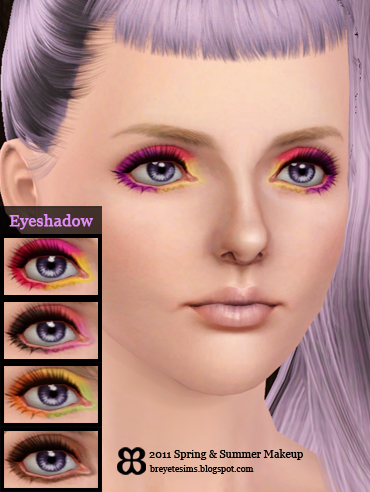 then i'll show you the other two versions. they are more exaggerated and they are suitable for parties and balls at night, so i call them Summer Night Versions. whereas these two versions are not suitable for eyes of all shapes. 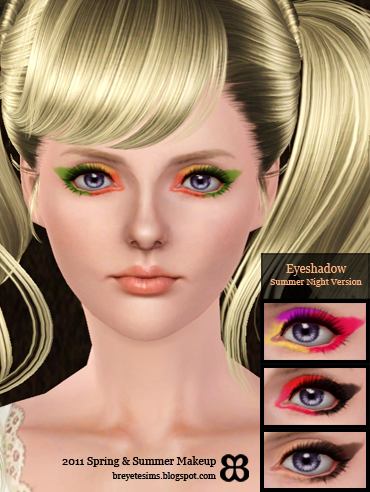 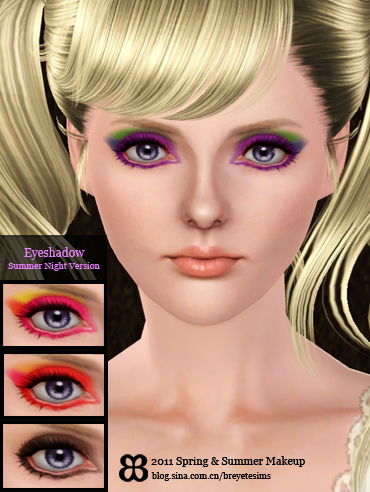 finally we come to the blush. it is very simple and tinged. i had not expected too much before i tested it in the game, however, it turned out to be better than i'd thought. 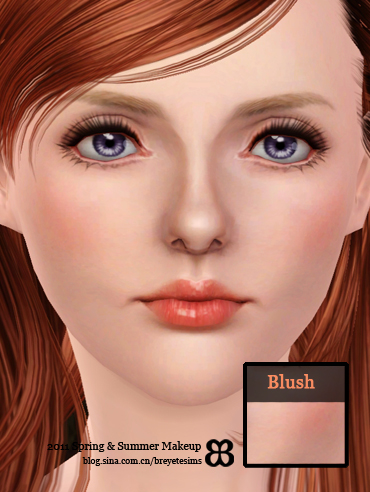 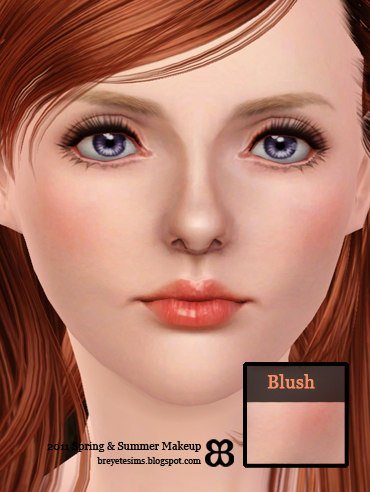 (I've given very detailed names to the files in the rar pack and put in corresponding pictures for each file, so you can refer to the file names and pictures and just keep the items you want. ^^)
(Thank u guys for your support! Many people asked about the contacts. They are created by in798, a very talented creator. It's a pitty that he does not have a blog or website to share his wonderful creations. I've asked him whether I could share his works here with you guys, but haven't got his reply yet. )

Welcom to add my link!

My Blog in Chinese

My Blog in Chinese
我的中文博客